The Kelly Rae Band  is a 6-piece, high-energy country band that has been delivering crowd-pleasing performances to audiences throughout Southern California and around the world for more than two decades. From festivals to outdoor concerts in the park, county fairs, country clubs, resorts, weddings, and corporate events, the Kelly Rae Band  is known for its professionalism and providing exciting, memorable, live entertainment.

The Kelly Rae Band  has opened for recording artists such as Miranda Lambert, Melissa Etheridge, Terri Clark, and Neil McCoy. The band plays a wide range of country music from Patsy Cline and George Strait, to the most current artists like Lady Antebellum, Little Big Town and Carrie Underwood. With their extensive song list of popular chart-topping country tunes and classic favorites, they’ll keep the audience on their feet!

Summer of 2014 Kelly Rae worked closely with ABC and Disney executives to create an entertainment experience at Big Thunder Ranch Jamboree in Disneyland park featuring The Music of: Nashville from the ABC hit show. The Kelly Rae Band headlined a concert experience and treated fans of “Nashville” to some of their favorite tunes from the show along with fun behind-the-scenes stories and more. 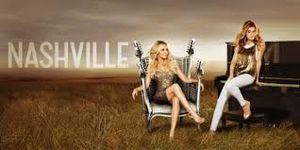 The Kelly Rae Band was chosen to perform for the grand opening of Cars Land at Disney California Adventure and for the past five years has performed at their New Years Eve bash on Route 66.  They can be seen annually at Gilley’s Saloon inside Treasure Island Resort in Las Vegas and are on regular rotation at the state-of-the-art The Ranch Saloon in Anaheim. The highlight of 2016 was making their debut at Stagecoach, California's largest Country Music Festival in Indio, California.

Professional sound system, lights, wireless mic for announcements and on site tech/ sound man included. Line dance lessons and DJ services can be added. The band can scale down to a duo, trio or quartet .

"Kelly,  I wanted to thank you and the band for doing such a great job for the “Cars Land” opening at Disney's California Adventure. I had tons of compliments on you all night long and look forward to having you back New Years Eve."
- Stan Freese, Talent Booking Director

"We were happy to have you all Summer at Knott's Berry Farm. Great band, excellent musicianship as well as stage presence. Thanks to all of you for your contribution to a great entertainment package."
- Julie Owens, Director of Park Shows

Check out my girls music below. All proceeds go to dogs in shelters.
A Rae Band